Nigeria Scrabble Federation earlier this week on Sunday 8th and Monday 9th of May 2022 conducted trial tournaments to select a formidable team for the 2022 West Africa Scrabble Championships (WASC) holding in Ghana from 16th to 18th of May 2022.

Thirty-eight top Nigerian players were invited to participate in the qualifying tournaments including two female and three youth players. 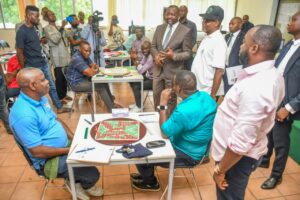 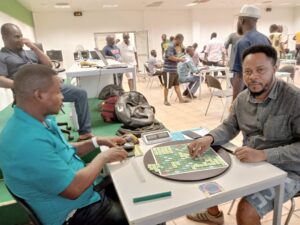 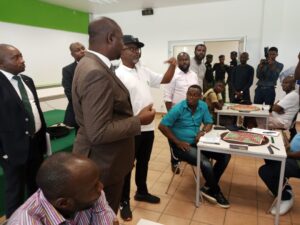 The honorable Minister of Youths and Sports Mr. Sunday Dare paid a morale-boosting visit to the officials and players at the trials. He was received by the NSF President Chief Toke Aka along with other NSF board members; Vice President Mr. Bright Idahosa, the Secretary-General Mr. Abimbola Adesiyan, and the NSF Technical Director Mr. Curtis John amongst others.

A team of 10 players made the final list of players selected to represent Nigeria at the tournament. They are:

The team leaves Nigeria for Ghana on Friday 13th May after a brief closed camping session in Abuja.